Thinking Carbon Sequestration: What Does It Mean?

Thinking Carbon Sequestration: What Does It Mean?

Would it surprise you to know that agriculture contributes only around 10% of the UK’s carbon from industry?

It will be important to understand carbon footprints, carbon balance and carbon sequestration on your farm over the coming years in order to get the most out of the changing Countryside Stewardship model and the forthcoming Environmental Land Management Scheme (ELMS). This blog will look at the terms you may encounter in relation to carbon, how agriculture contributes to Greenhouse Gas emissions, how and why we should be trying to capture carbon, and where to get started when deciding what carbon management actions may be best for your farm.

Is it really all about Carbon?

The short answer is NO!

UK agricultural greenhouse gas emissions are primarily made up of three separate gases. These are: Nitrous oxide (N2O), Methane (CH4), and Carbon Dioxide (CO2). Of these, carbon dioxide makes up only 8% of the total emissions from UK agriculture. Methane makes up 38% and the remaining 54% is made up of nitrous oxide. Scientists use ‘carbon’ as a shorthand for all of these substances together as it is the lowest common denominator between each one. Carbon in these different forms impacts a farm’s carbon footprint in different ways. Nitrous oxide has a much higher global warming potential than carbon dioxide, for example. Global warming potential (GWP) means the heat absorbed by a greenhouse gas in the atmosphere, and is expressed as a multiple of the heat that would be absorbed by the same mass of carbon dioxide. So if carbon dioxide’s GWP is 1, the GWP of nitrous oxide is 300. In other words, nitrous oxides creates three hundred times more global warming than carbon dioxide. Greenhouse gases are found in the atmosphere and contribute to climate change, but plants and soils store carbon. One tonne of carbon is equal to 3.67 tonnes of CO2. Ten tonnes of stored carbon in the ground is equivalent to 36.7 tonnes of CO2 removed from the atmosphere.

You will hear lots of different terms in any discussion of carbon, which often sound very similar. So what is the difference between carbon stores, carbon sequestration, carbon balance and carbon stocks?

Carbon store – The carbon permanently stored in soil and vegetation

Carbon stocks – The amount of carbon already stored in soils

Soil Organic Matter (SOM) – The total amount of organic material which makes up the soil, including mineral content and living microorganisms as well as carbon

Soil Organic Carbon (SOC) – Carbon which comes from decaying plant material and is stored in the soil. About 58% of soil organic matter is carbon.

Carbon balance – The carbon footprint of the farm offset by the amount of carbon storage (ratio of emissions : sequestration)

Where do agricultural greenhouse gases come from?

Agricultural greenhouse gases come from a number of places on the farm. Sources can include emissions from vehicles used in farm work, emissions from animals, and crop fertilisation with chemical fertilisers. But there are other sources of carbon emissions which are related to wider agriculture. The processes by which chemical fertilisers are produced contribute to carbon emissions, as do the building activities and materials we use to create and improve our farmyards. Animal feeds and bedding materials which are bought in come with a carbon cost through harvesting, manufacturing and transporting them. These are known as embedded emissions. Disturbing soils also releases carbon which is stored there, for example through run-off, soil erosion, or the ploughing up of long established grasslands.

By reducing our carbon emissions from all of these sources, we can not only play our part in reaching Net Zero carbon emissions, but we can also benefit our farm businesses by using the resources we have in a more efficient way.

What are we trying to do with our carbon?

The ideal state for our carbon is to have it locked away as stored carbon, and then to reduce the amount we release in the future. We can store carbon in trees and other plants, and there is increasingly funding available to create and maintain woodland for carbon sequestration. These funds are largely administered through Defra and the Forestry Commission (see https://www.gov.uk/guidance/create-woodland-overview; https://www.gov.uk/guidance/woodland-creation-grant-countryside-stewardship).

Carbon is also stored in soils. At present, around 90% of the UK’s carbon stocks are locked up in soils. Growing grass on these soils will help to store carbon in the soil itself, but the soil stored in the grass is not counted as sequestered carbon as it will be released when the grass is eaten by animals. Each ton of carbon stored in the soil is the equivalent of almost 4 tons of carbon dioxide removed from the atmosphere.

We can take lots of steps to increase our carbon storage, however each carbon store, each tree, hedgerow bush, and field, has a limited capacity for carbon. There is only so much carbon that one tree or field can store. In established grassland soils, carbon capacity is often already at its limit. This makes it vitally important that we protect established grasslands as well as woodlands and peatlands which have large carbon capacities.

These differences in the carbon stocks of different types of land are down to the amount of organic matter in the soil. Peat soil, for example, contains large amounts of decaying plant material, whereas arable soils can lose carbon through the constant removal of crops and through soil erosion.

What will better carbon management do for the farm business?

Increasing the organic matter in the soil does not guarantee increased yields, however, it does improve the soil’s resilience. Many of the measures which would increase carbon storage, such as using farmyard manure and limiting chemical fertiliser, using cover crops which can return nutrients to the soil, and using best practice guidelines to manage grassland (https://farmcarbontoolkit.org.uk/news/new-research-carbon-sequestration-and-grassland) will also benefit the farm business by increasing the amount of organic matter within the soil. This reduces fertiliser costs, and improves the soil’s stability, meaning it is less likely to be washed or blown away, and increases the number of days the soil can be worked as its structure is less likely to be damaged by machinery in inclement weather. In order for farmland to be an effective carbon sink for the future, it first needs to be a sustainable business which uses its resources as efficiently as possible.

Where to get started?

Working out where your carbon can be saved and emissions reduced is not a straightforward process, but there are now tools and information available to help you. You are the expert when it comes to your farm, and you can use your own knowledge and experience to identify ways that your business can be more efficient. For example, are there small areas of your land which do not produce as good a crop as the rest, even when fertiliser is applied? Have you considered leaving those areas unfertilised, or even removing them from cropping altogether?

The key to effectively managing your carbon emissions is to measure what you can, and establish baselines which show your current emissions. These will show where your largest emissions are coming from, and help to identify areas where savings can be made.

Farm carbon calculators are especially helpful, and there are several available, including:

This article in the Farmers Weekly compares these calculators to help you choose the right one for you: https://www.fwi.co.uk/news/environment/how-do-three-main-farm-carbon-calculators-compare.

The Future of Carbon

Balancing carbon in farming is going to become more and more important in the future. The need to use farm land as a carbon sink will mean that we have to farm in new ways, but it also opens up opportunities to trade in carbon. Working together with local businesses, farmers may have the opportunity to sell their capacity for offsetting carbon emissions. In order to trade in carbon, it is very likely that a farm will need to already be at or below net zero for carbon emissions. In the US, some farmers have been able to monetise evidence of soil carbon improvement over the previous five years.

Evidence suggests that farmers should begin to measure their carbon baseline and track the changes they make as soon as possible, to put themselves in the best position to take advantage of future carbon markets and future funding opportunities. Using online tools, sharing your experiences with neighbouring farmers, and seeking out advice on managing your carbon will help you to be ready to access new opportunities as soon as they arise. 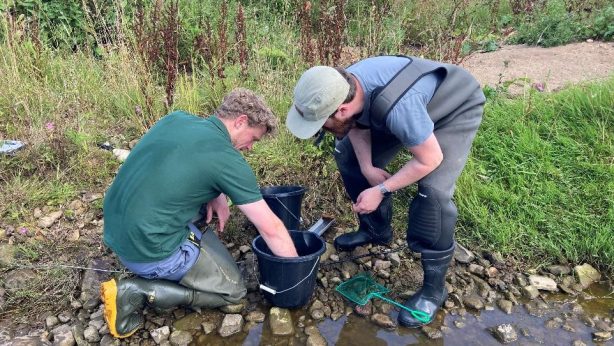 Electrofishing in the Ribble

This week, our Catchment Development Manager, Andy, and Catchment Assistant,... 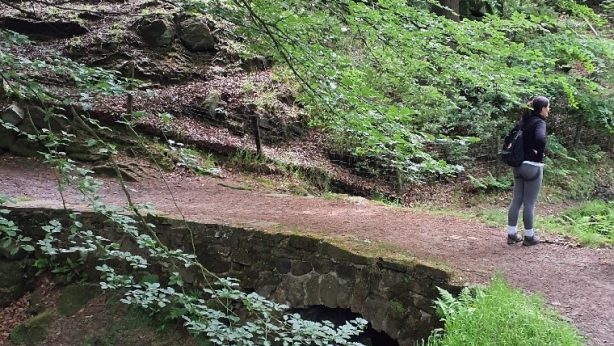 Hello, my name is Abbie Devaney and I am the...